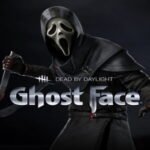 Ghost Face is a brand-new Killer for Dead by Daylight. the Ghost Face DLC unlocks its new Killer and exclusive items for the new killer.

Acquaintances are a dangerous deception. Our workplace is filled with them; strangers beside us, five days a week. A distant familiarity grown from habit; the blanks filled with assumptions as we forget how little we know, until proven otherwise.

The Ghost Face took full advantage of the fact. His entourage at the newspaper could have spotted that the Roseville murders led to him. There were clues: the days he missed work, the victims’ time of death, and the detailed articles he wrote citing sources he never shared. But his coworkers did not see. The Ghost Face blended into the everyday. No one thought the man seated on their left could be responsible for the murder of a dozen people. Until proven otherwise.
In the end, The Ghost Face would have gotten away with it as he had before: he would have packed his bags when the investigation pointed in his direction, driven a few miles, and looked for another job. But this time he found a richer hunting ground…