Free Delivery All Over Bangladesh 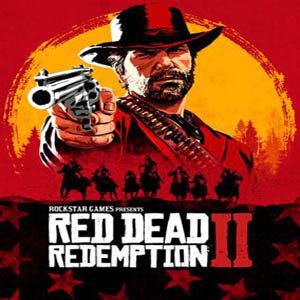 America, 1899. The end of the Wild West era has begun. After a robbery goes badly wrong in the western town of Blackwater, Arthur Morgan and the Van der Linde gang are forced to flee. With federal agents and the best bounty hunters in the nation massing on their heels, the gang must rob, steal and fight their way across the rugged heartland of America in order to survive. As deepening internal divisions threaten to tear the gang apart, Arthur must make a choice between his own ideals and loyalty to the gang who raised him.

Red Dead Redemption 2 Story is divided into Chapters. Chapter 1 is Outlaws of the West, Enter, Pursued by a Memory, Old Friends, The Aftermath of Genesis, Who is Leviticus Cornwall? and Eastward Bound. Chapter 2 has Americans at Rest, Exit Pursued by a Bruised Ego, Paying a Social Call, A Quiet Time, Who is Not without Sin and more!

Red Dead Redemption 2 is a Western-themed action-adventure game set in an open world environment. It is played from either a third or first-person perspective and the player controls Arthur Morgan, an outlaw and a member of the Van der Linde gang. The game features both single-player and online multiplayer components. The game will continue to use the Honor system from its predecessor, Red Dead Redemption, which, based on how the player interacts with non-playable characters (NPCs), will affect how settlements, towns, and other groups will react towards Morgan. In 1899, the era of the Wild West is coming to an end. After a robbery in the town of Blackwater goes wrong, outlaw Arthur Morgan and the Van der Linde gang are forced to flee. With the authorities and the best bounty hunters in the nation massing on their heels, the gang must rob, steal, and fight across miles of American wildness and civilization to survive. As internal divisions threaten to tear the gang apart, Arthur must choose between his own ideals and his loyalty to the gang. Among the returning characters are John Marston and Dutch Van der Linde, the protagonist and an antagonist from the previous game, respectively. 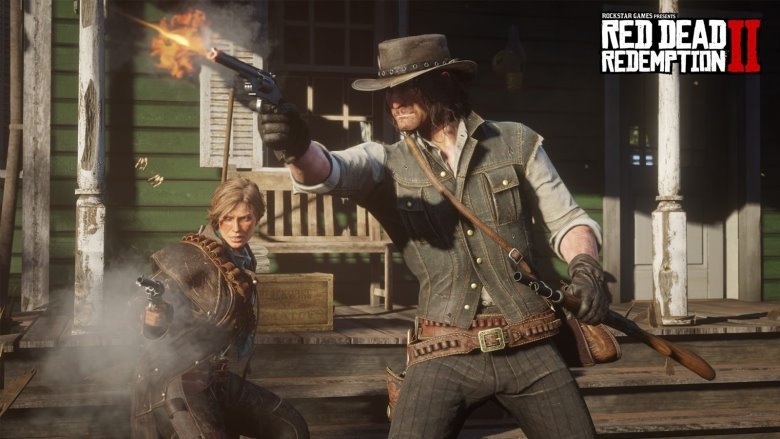 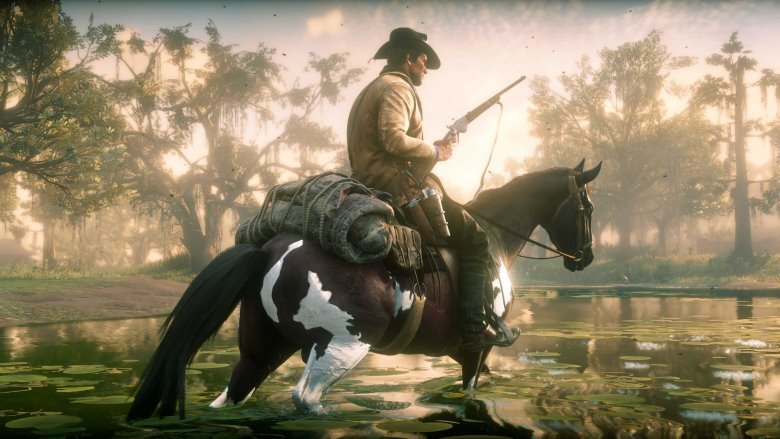